Sheet metal bending requires expert skill, knowledge and the right tools. We have the expertise to handle the finest details, being able to perform simple through to extremely complex bending.

At ADS Laser Cutting, quality control is at the core of our business ethics – ensuring quality and consistent bending for all of our customers across a wide array of industries.

Sheet metal bending (also known as press braking, folding, edging, flanging and die bending) is used to distort a piece of metal, which creates an angular shape within the workpiece.

There are many methods which we use at ADS Laser Cutting in the metal folding process.

Which Materials Can Be Bent?

The materials we typically bend include, but are not limited to:

To note, due to properties found within some materials these make them more difficult to fold; for example, 6082 aluminium often cracks or in some cases, snaps, but with materials like this there are methods to achieve a bend or fold.

If you have a material which is often difficult to bend or fold, we will work with you and suggest solutions around these potential issues.

At ADS Laser Cutting, we use the latest technology, in the form of TRUMPF press brakes. Our machines and tools can offer fold lengths of up to 4000mm, with a working ton pressure of 180 tonne.

We have an Axis 1000mm electric press brake with 36 tonne working pressure, which is a full electric machine for high volume and/or intricate parts.

Of the different bending methods of sheet metal, air bending is the most commonly used.

With this method, far less contact with the metal is made than with bottom bending or coining. The workpiece touches the tooling at three points, the punch tip and die shoulders.

As the tooling itself is not responsible for the finished angle of the workpiece, but the depth of which it descends into the die, more bend angles can be achieved from one set of tooling.

Spring back typically occurs with air bending, therefore a more acute angle should be formed initially for the workpiece to relax back to the desired angle. 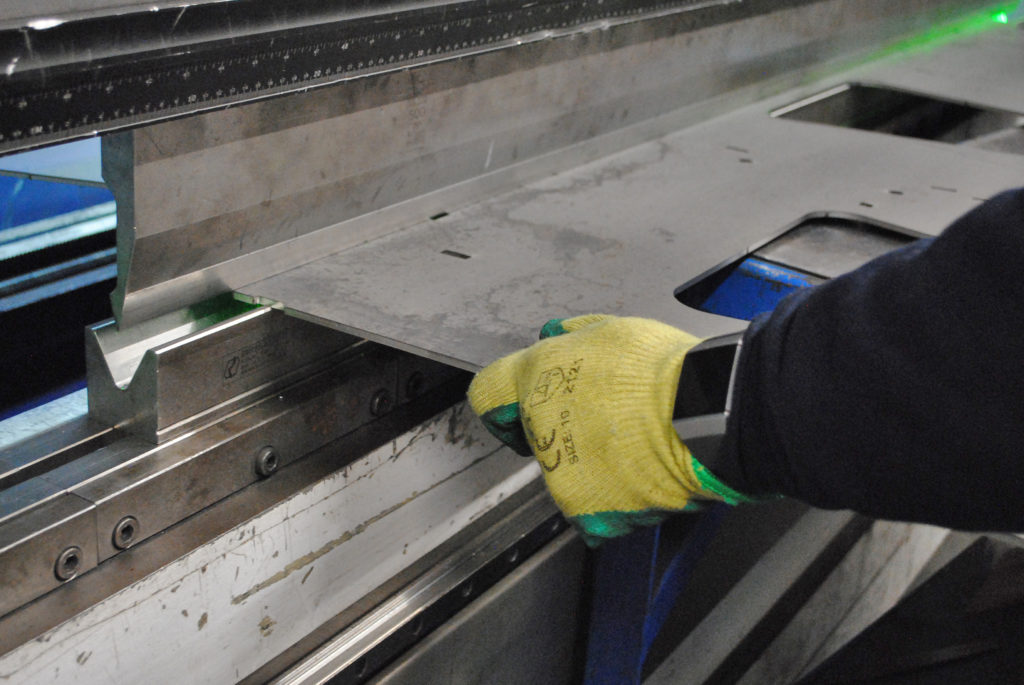 Coining is a simpler form of sheet metal bending, with the term “coining” originating from the stamping of coins with a die, as each end product is exactly the same. This term in sheet metal work refers to creating consistent, accurate bends.

With coining, the tonnage is a lot higher than other methods, as enough pressure is needed to force the workpiece to the bottom of the die.

Due to this flow of the sheet metal, the bend radius formed in coining is always that of the punch tip. This method relieves any internal stress of the workpiece being penetrated, with this being a primary factor to no spring back occurring.

Bump Folding, or alternatively known as ‘Step Bending’, is the process of forming a large bend radius in a sheet metal part, without requiring the need for special tooling.

This is achieved by creating a number of highly open bends close to one another. One primary disadvantage of this method is it takes a fair amount of time to execute and relative to other bending methods, is technically difficult.

In order for a misalignment to not end up in the part, each bend must be set up perfectly. Our team at ADS Laser Cutting are fully capable of performing complex bends through years of experience and quality training.

There are several key terms related to bump folding:

The arc length is the first thing to be determined when bump folding is being used.

This is calculated by taking the Bend Angle and Inside Radius, and using these in one of a number of potential formulas to develop the arc length value.

The next thing to consider is either the number of bends required and the distance between the bends, to form the radius.

This relates to the tooling for the die and the punch required for bending. With bump folding, penetration is not very far into the die, with consecutive bends being made in close intervals so a smaller V opening is usually more desirable for the die. 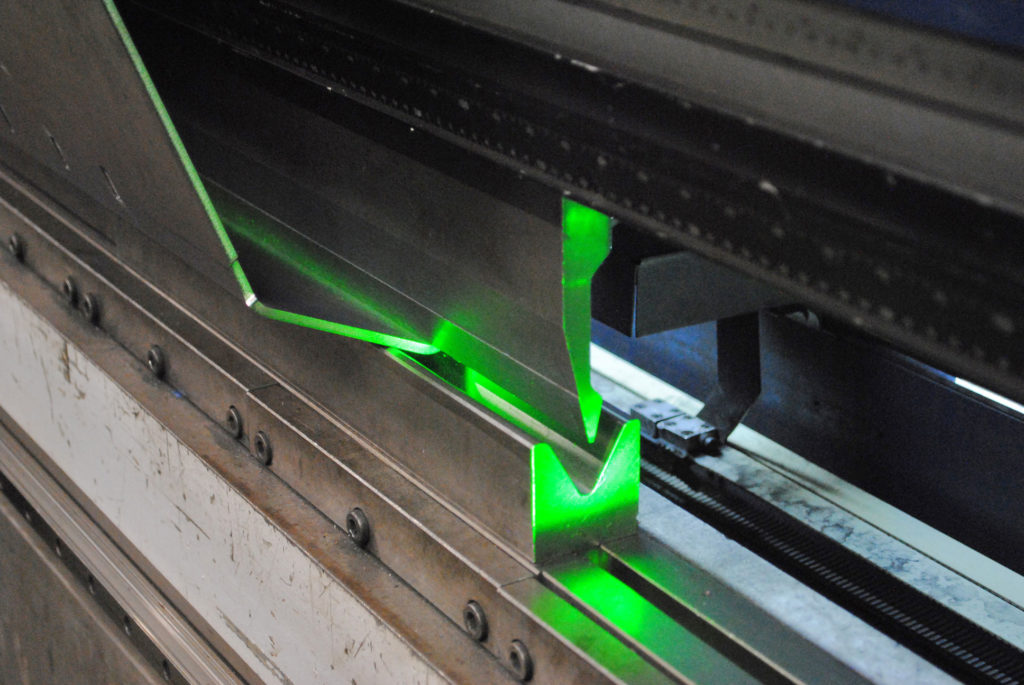 U-bending is a more difficult process than other standard forms of machine bending and often requires extra tooling to be manufactured or specifically bought in for the project.

This method of bending, instead of the traditional acute or obtuse angles which are formed, is done to achieve a ‘U’ or squared shape within the workpiece once pressed.

The ‘U’ shape is achieved with flexible V tooling being expanded out to the necessary width, with the punch being, again typically, bespoke to the project and not a traditional V shape but instead squared, pressed down into the workpiece to form the shape.

Radius bending is a method which, instead of using a sharp angle, places a curve into a workpiece.

This is typically done by preparing bespoke radius tooling to meet the requirements of the ‘curvature’ within the workpiece, whereby the tool is manufactured with a bar attached, for example, to achieve this.

The radius at the top of the tool forms the radius of the inside of the bent material, with spring back generally occurring once the process is completed.

Click below to get a quote and we will get back to you, or alternatively, give us a ring.